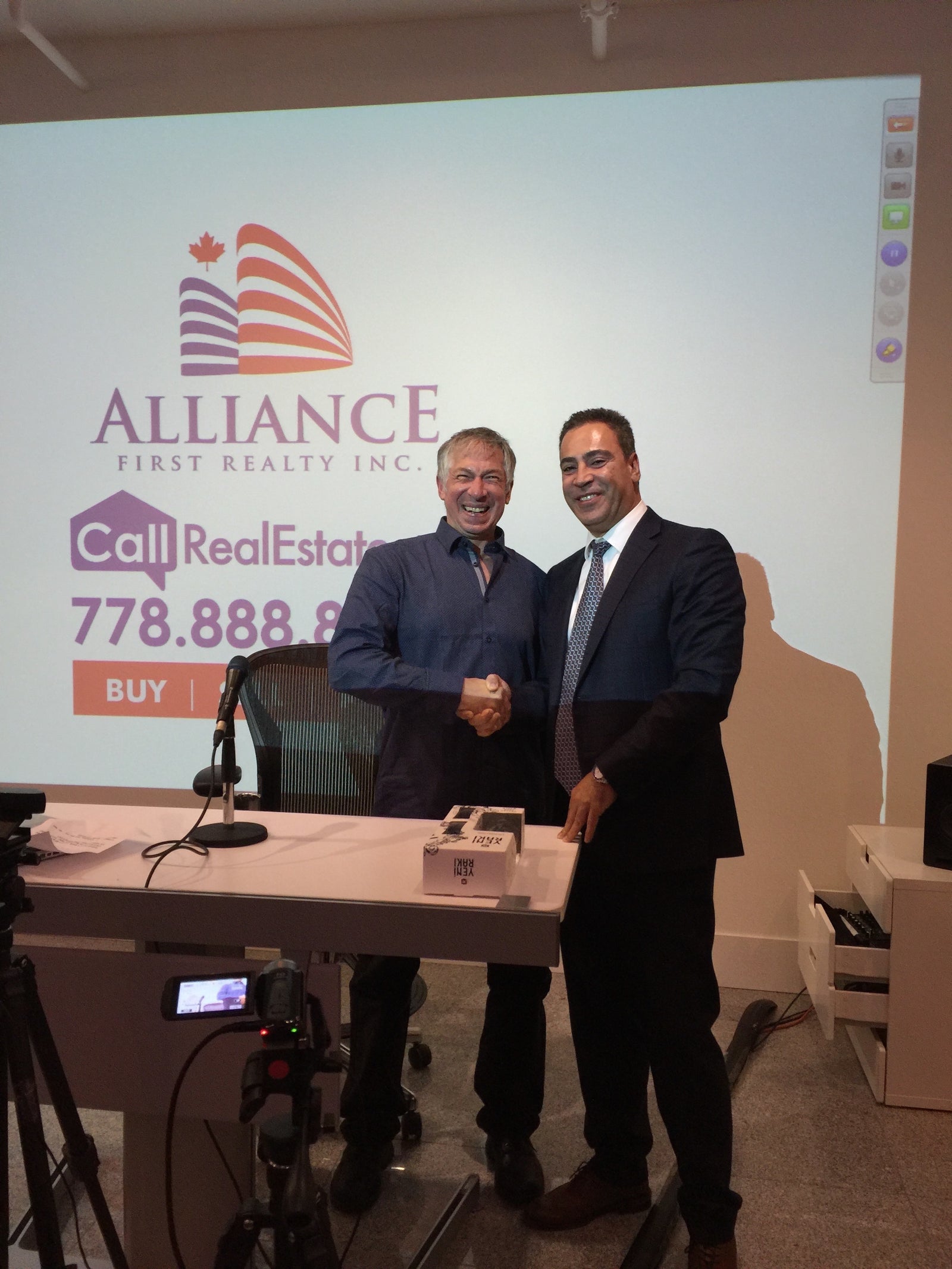 Richard Kurland above speaking in a seminar at Matt Gul's personal office.
Vancouver has long been seen as a place to move, live and invest in times of political risk, but as Beijing flexes its muscle over mass protests in Hong Kong, there is a sharper sense of urgency in defining contingency plans, say immigration lawyers and wealth managers.
Lately, these protests in Hong Kong have been being labelled as "near terrorism". After this, thousands of soldiers and armoured vehicles were photographed on Thursday inside the Shenzhen Bay Sports Center, this is just a few kilometres from the border with Hong Kong. This is most likely a move from Beijing possibly preparing to end these protests.
Canadian Foreign Affairs Minister Chrystia Freeland said earlier this week that it would be a “mistake” for China to call anti-government protesters in Hong Kong “terrorists” and that Chinese leaders should “listen carefully” to the concerns of its people. As these protests have a lot of meaning to it, and is not just useless propaganda. In London, China’s ambassador to the U.K. warned British leaders not to “interfere” in the affairs of its former colony. Meanwhile, U.S. President Donald Trump tied a China-U.S. trade deal to Beijing “working humanely with Hong Kong first!”
This standoff had a lot of people in Vancouver very interested. Vancouver, described this week by author Louisa Lim, in an article for The New York Times, is currently a hot spot outside of China where those for and against the protests in Hong Kong have each been “battling” to win sympathizers.
Vancouver has long been seen by those on both sides of the political debate as a safe place to move, live and invest in times of risk. But due to recent events, there is a growing sense of urgency, according to immigration lawyers and wealth managers.
“It’s the emotion. That’s been the change,” said Richard Kurland, a Vancouver-based immigration lawyer. “Folks are in preparation mode. Noah built the boat before the flood, and some are preparing for an urgent departure.”
Richard has been advising his clients who live in Hong Kong to review their Canadian documents. “Some are looking at expiry dates on their passports, and at permanent residency cards for their validity. The next thing, typically, is to advance-book air tickets. Reservations are refundable so people feel they can do that.”
He has even been telling some clients that if their Canadian papers need updating, they have the option, in a pinch, of flying to a U.S. city first and “seeking a temporary, B1 or B2 visitor visa” which would allow for travelling for six months for business or tourism.
He also says that nearly 10 families have contacted him in the pat two weeks in order to discuss arrangements specifically related to planning because of the protests in Hong Kong. It is hard to quantify what that means, or if any of those families will eventually follow through by moving residencies or assets.
What is palpable, said Kurland, is the “edge of panic” in the tone of the phone calls.
Marcus Lai, a Vancouver-based vice-president and portfolio manager with RBC Dominion Securities, has been gauging reaction from local realtors and mortgage brokers. He said it is still too early to see any trends in sales data, which might not even capture a movement of wealth.
“Both brokers and realtors are seeing increased volumes of Hong Kong residents, Canadian passport holders, who are coming back to look at buying real estate.”
For years citizens of Hong Kong have been diversifying their assets in Vancouver in case of political instability linked to Chinese rule over Hong Kong.
But Lai agreed that there is “more commitment now. It used to be, ‘We might come back one day.’ It’s always been very difficult to make the transition (to moving from Hong Kong to Vancouver) from an economic or social standpoint. But now they are exploring more concrete options.”
Over the last few months, the amount of money moved in personal portfolios from Hong Kong to Vancouver has risen, said Lai.
Matt Gul also has strong ties with the immigration association IMEDA (Immigration Education Alliance). He sponsored IMEDA for many years and IMEDA.CA used Matt's offices for their educational seminars and webinars for all immigration consultants nationwide. At relation has created a great foundation to access the business immigrant network.
If you would like to learn more about the point that Hong Kong is in for its protests, or if you are thinking about buying or selling your properties, please contact Matt Gul, who is a top luxury real estate agent situated in West Vancouver, who can help you with all of your needs. To contact Matt Gul please call him at 778.888.8888 or email him at matt@mattgul.com
Source:https://vancouversun.com/news/local-news/hong-kong-folo
Summarized by: Onur Gul on instagram at @onurguldrone