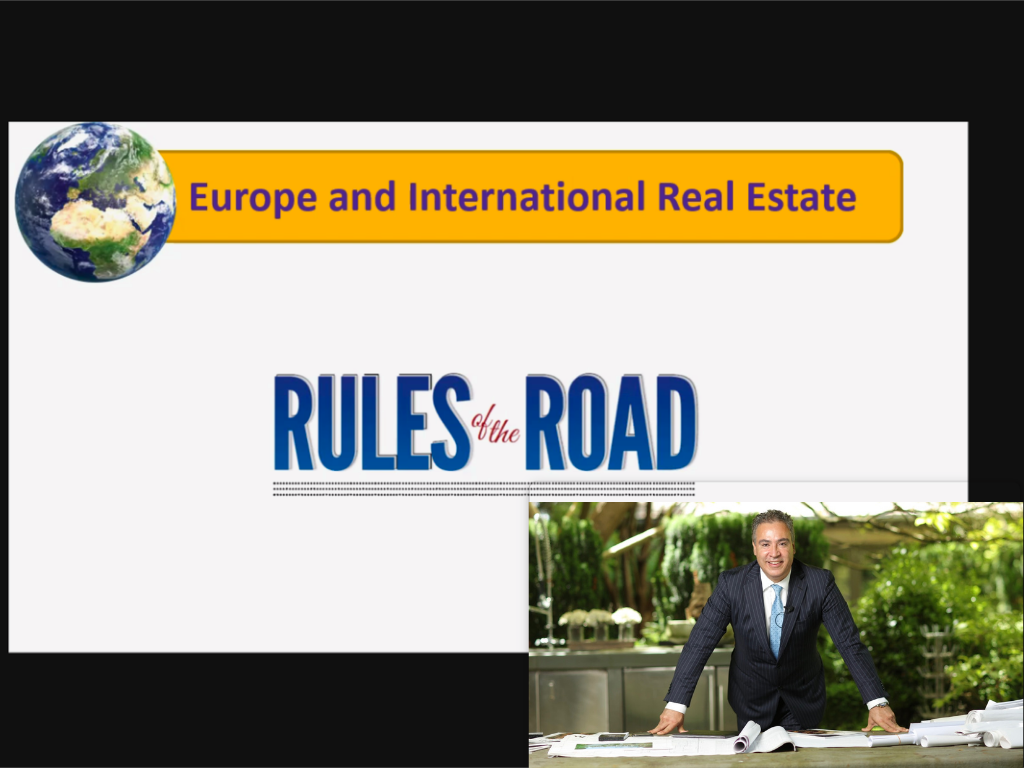 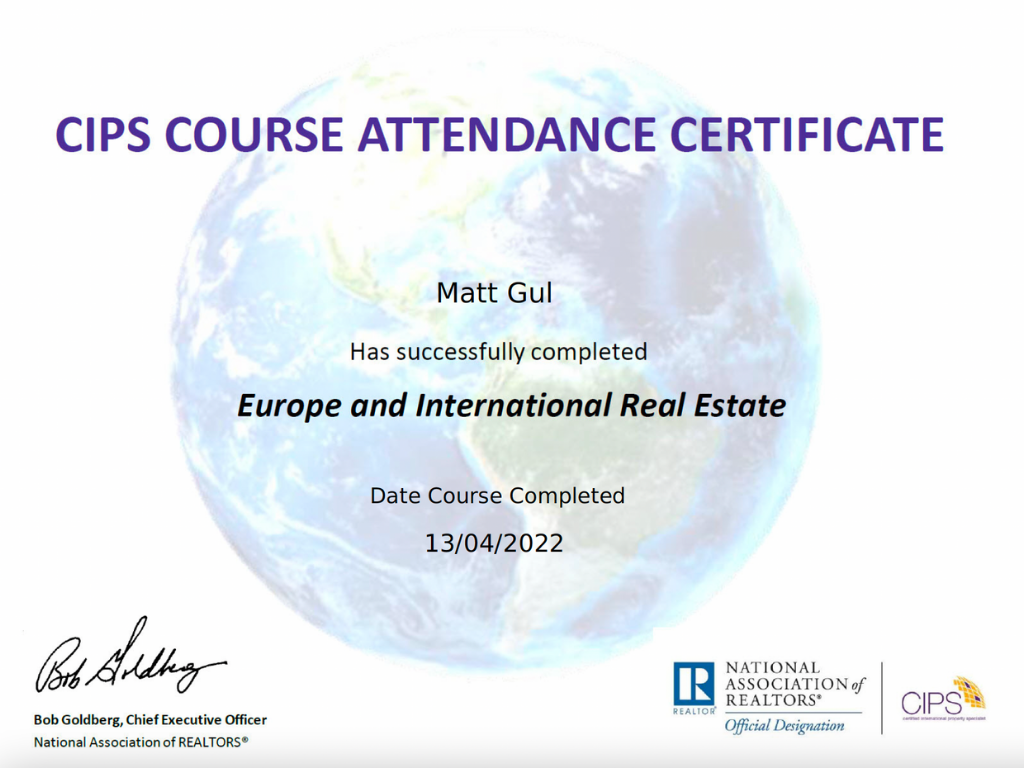 Europe and International Real Estate
Germany, United Kingdom, France, Belgium, Greece, Ireland, Italy, Portugal, and Spain.
In the process of earning my CIPS designation for Europe and International Real Estate, I learned and studied several different components.
We began by overviewing the population and geography of Europe, the European Union, as well as Europe’s Diverse Cultural Heritage and Real Estate.
Then, we took a look at Current EU Market Trends, beginning with the Two-Tier Structure of EU Countries, and the Changing Demographics within the EU. Also, we studied the Economy of the EU, as well as Residential, Commercial, and Investment Real Estate Trends.
We then focused individually on Germany, the United Kingdom, and France. While also diving into Belgium, Greece, Ireland, Italy, Portugal, and Spain by analyzing the Geography and Current Economic Conditions.