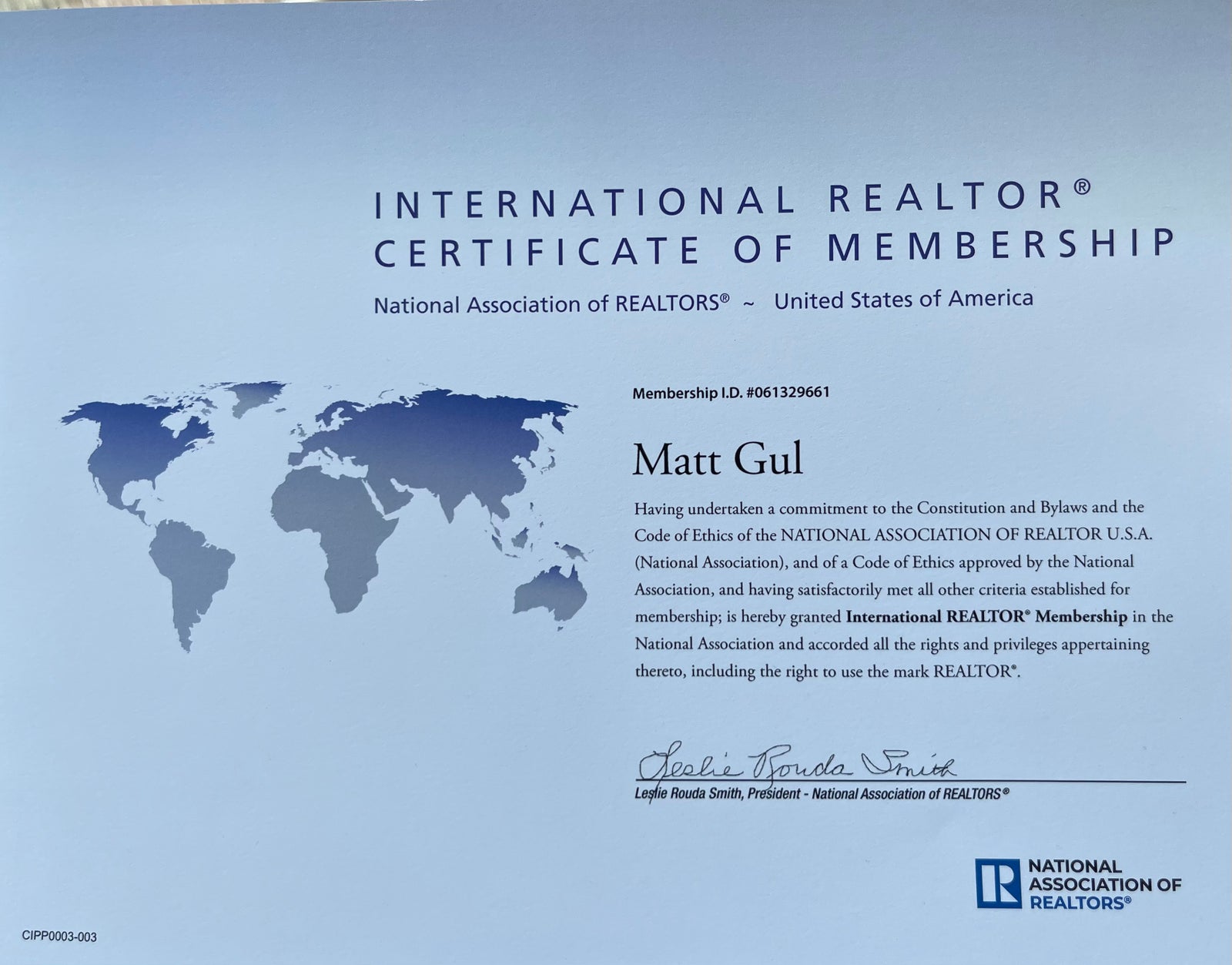 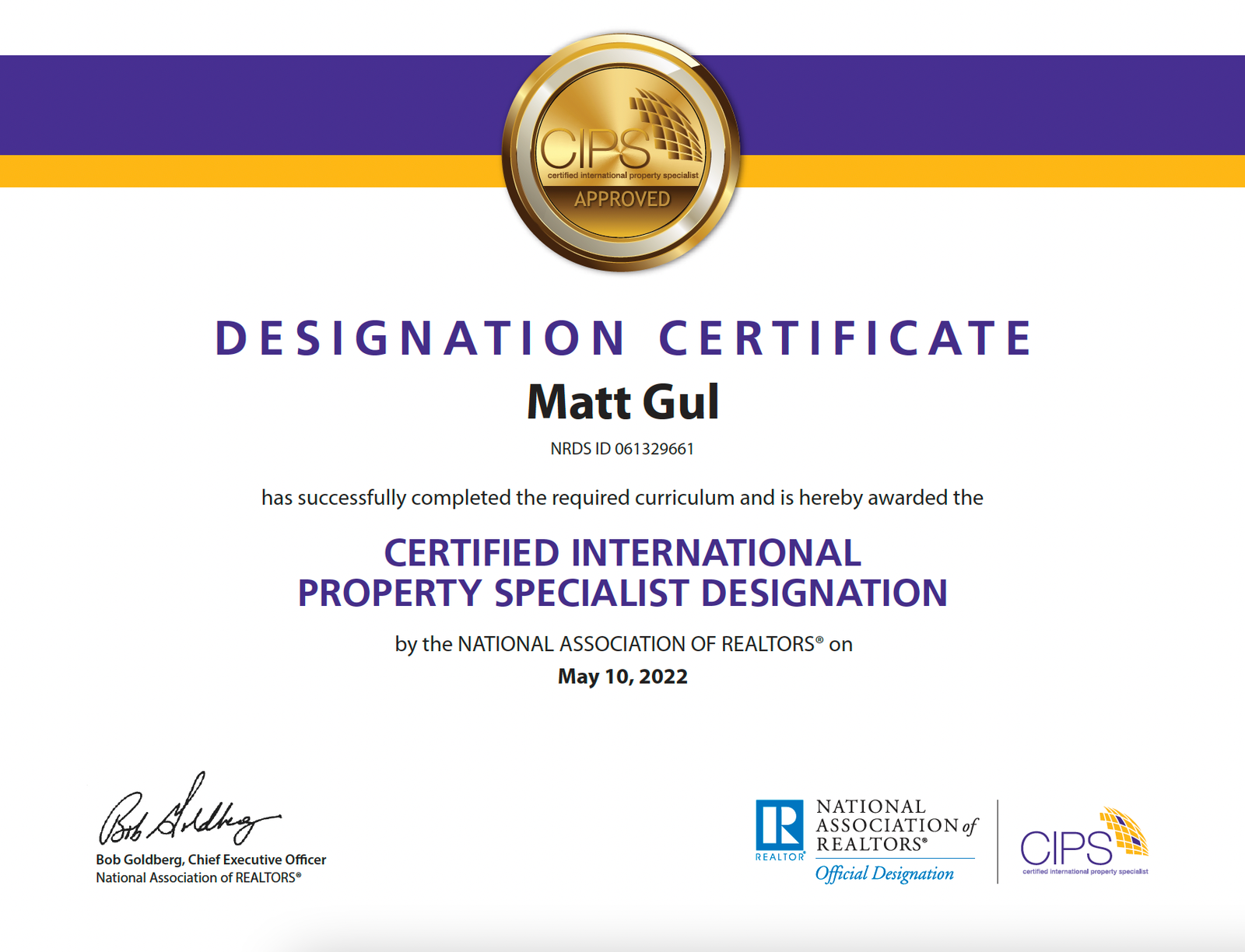 The Business of U.S Real Estate 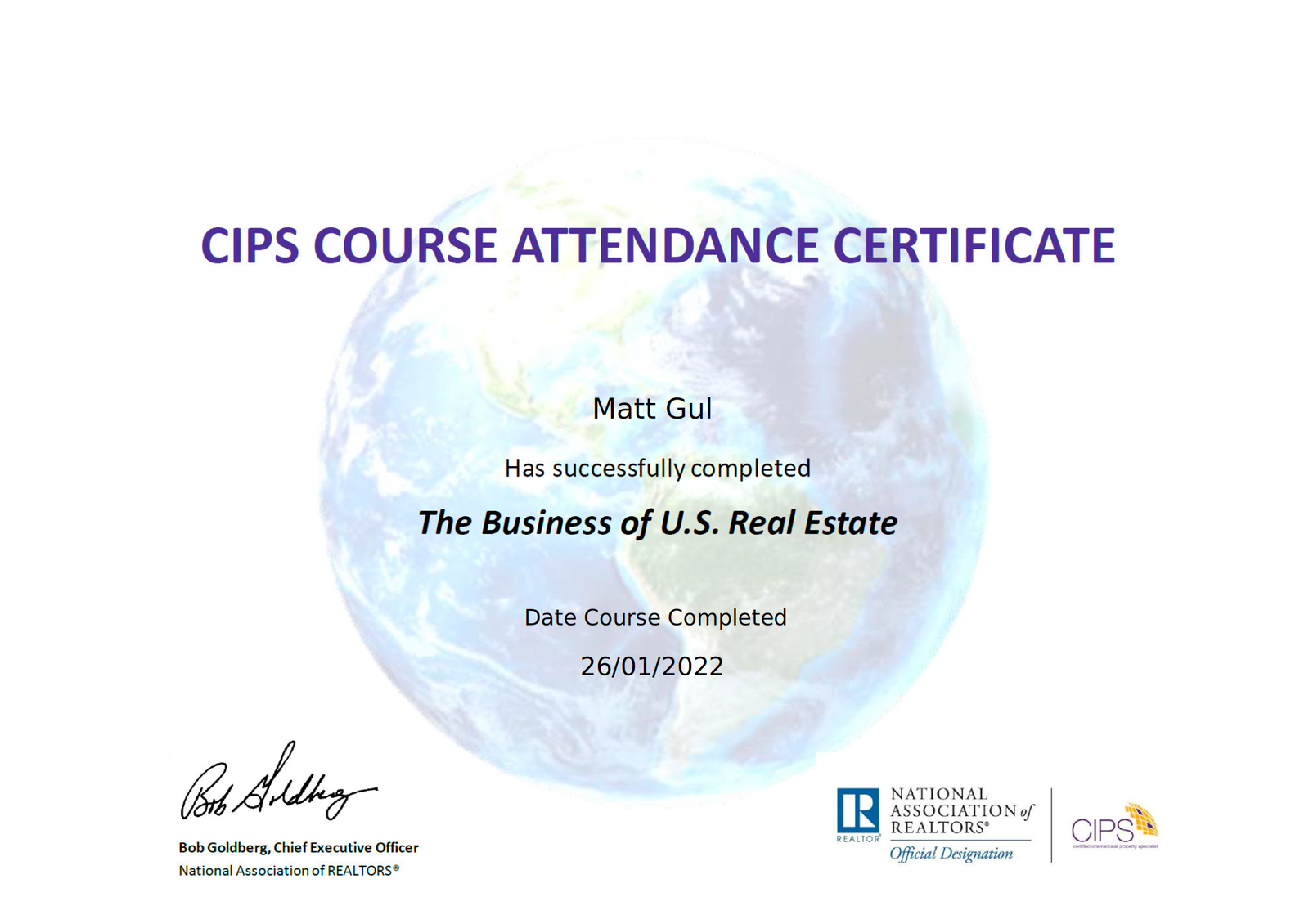 In the process of earning my CIPS designation for US Real Estate I learned and studied several different components of International Real Estate. We first began by learning about the US Economy, and how it impacts the real estate market, including Foreign Investment in US Real Estate. Then, we took a look at the history and background of MLS as well as looking at Realtor.com from an international perspective. This segment was followed by a module regarding buying and selling US Real Estate, as well as the closing process. Then, we learned the Real Estate licensing process in the US, as well as the compensation of Realtors in the US. Finally, we studied US Business related laws and regulations including the structure of the US Government, Taxation of Real Property, and Insurance Coverage. 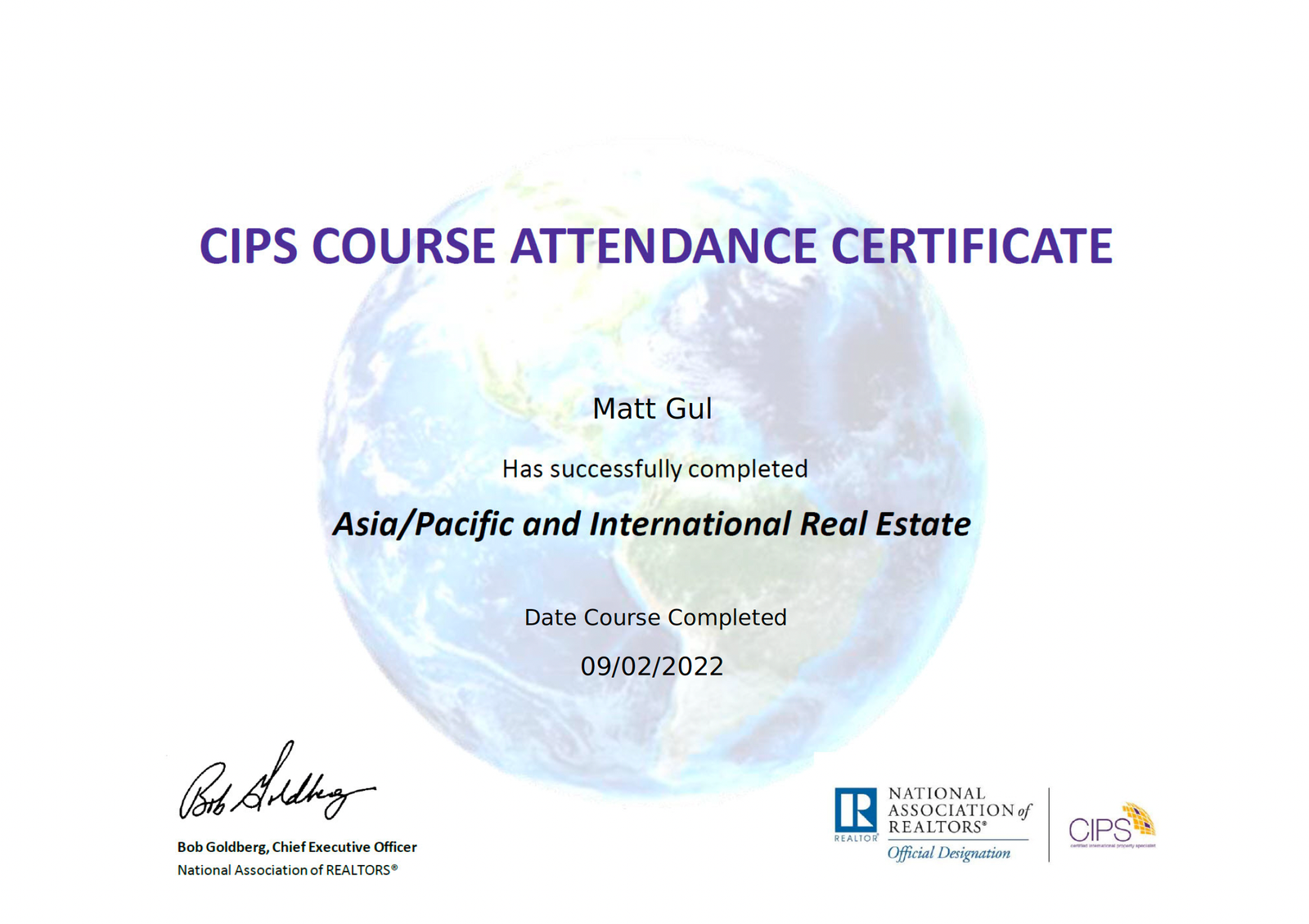 For the CIPS designation concentrating on Asia/Pacific Real Estate, I learned several different modules beginning with Regional Market Trends and Cultural Influences. This was followed by studying the Real Estate Market in China including the Chinese Economy, Chinese Buyers Abroad, and Business Culture in China. The next module consisted of the Real Estate Market in Japan which also focused on the economy, Real Estate business in Japan, and Business Culture in Japan. Similarly, the same modules were repeated for India and the United Arab Emirates. We concluded the course by overviewing the country profiles for the following countries: Australia, Hong Kong, Indonesia, South Korea, Malaysia, New Zealand, Philippines,  Singapore, Taiwan, Thailand, and Vietnam. 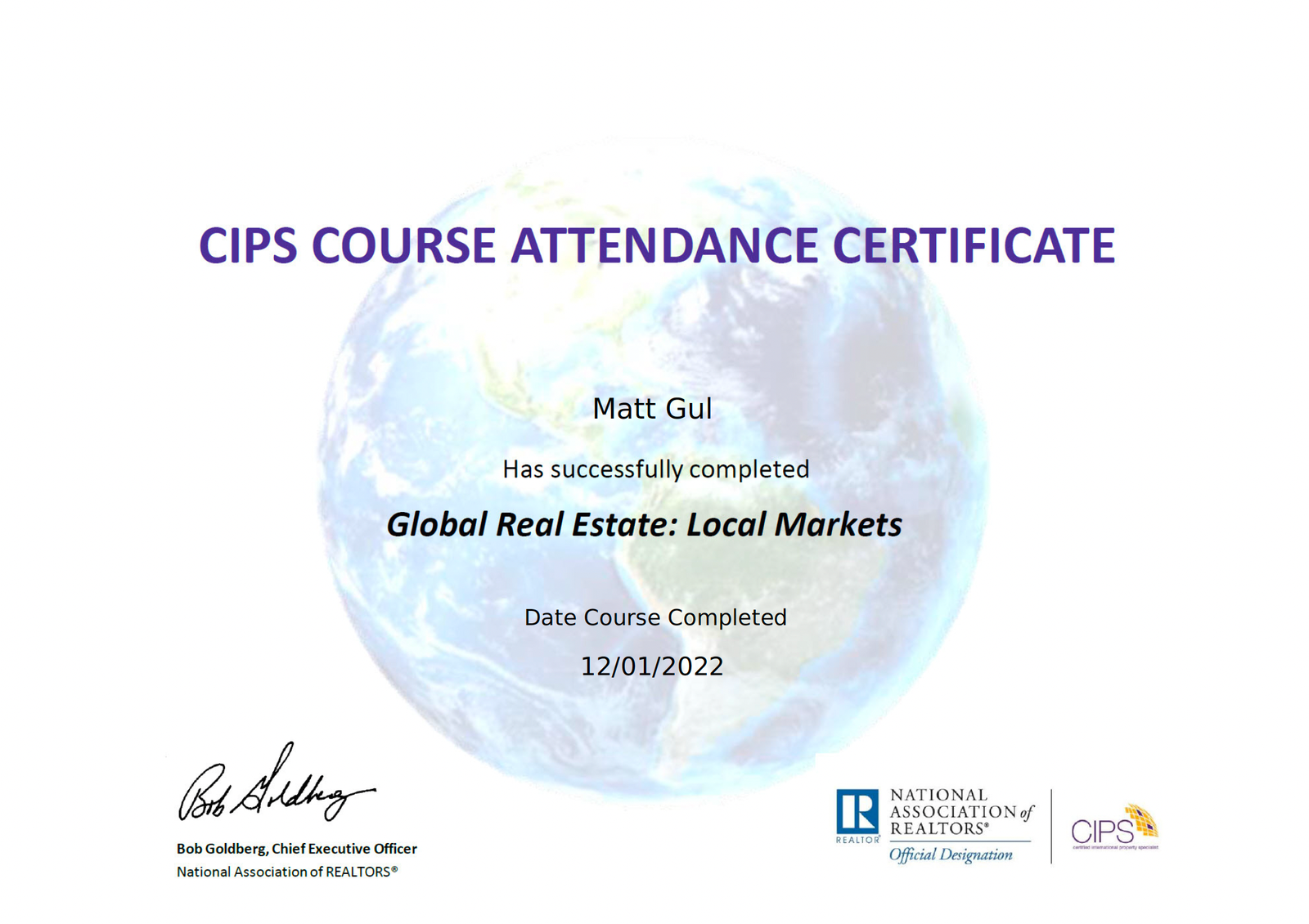 For my CIPS designation in Local Markets, we began by taking a look at the Progression of Globalization, Influences on Capital Flow, and learned how to Monitor Trends and Indicators. We then studied Gateway Cities, the Top 5 Countries of Origin and Working with International Buyers. These modules were followed by a lesson on Cultural Literacy for Business including High-Context and Low-Context Cultures, Negotiating, and Religious Traditions in Business. We then learned a module on serving the Global Market which included lessons on how to adapt my Core Real Estate Skills to the Global Market, how to Qualify International Clients, and Real Estate Practices Around the Globe. Finally, we took a look at Networking Power and how Global Networking differs from Local Networking, Referral Networks and Purposeful Travel.

The Americas And International Real Estate 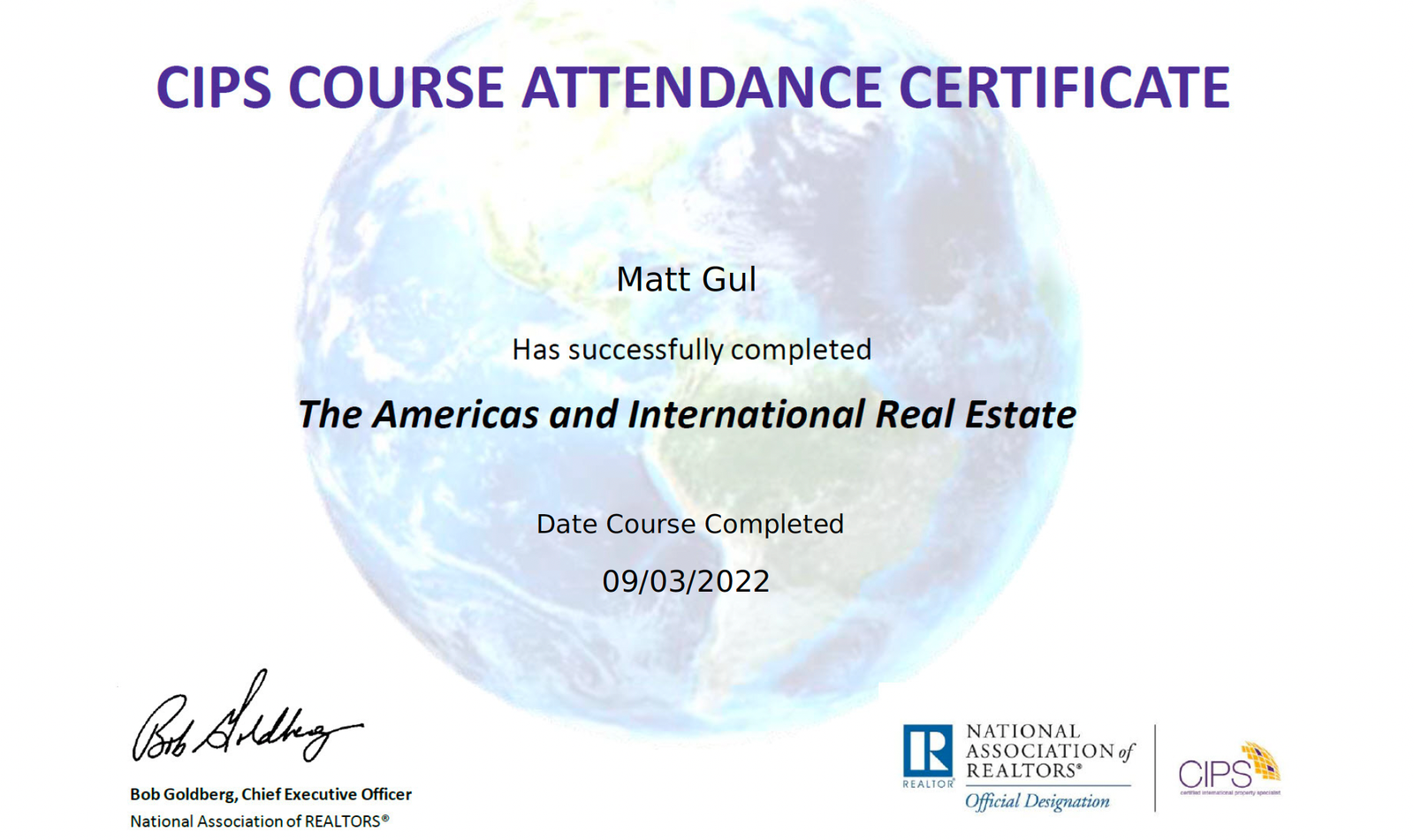