Jericho Lands proposal includes new homes for up to 18,000 people: Van West Side 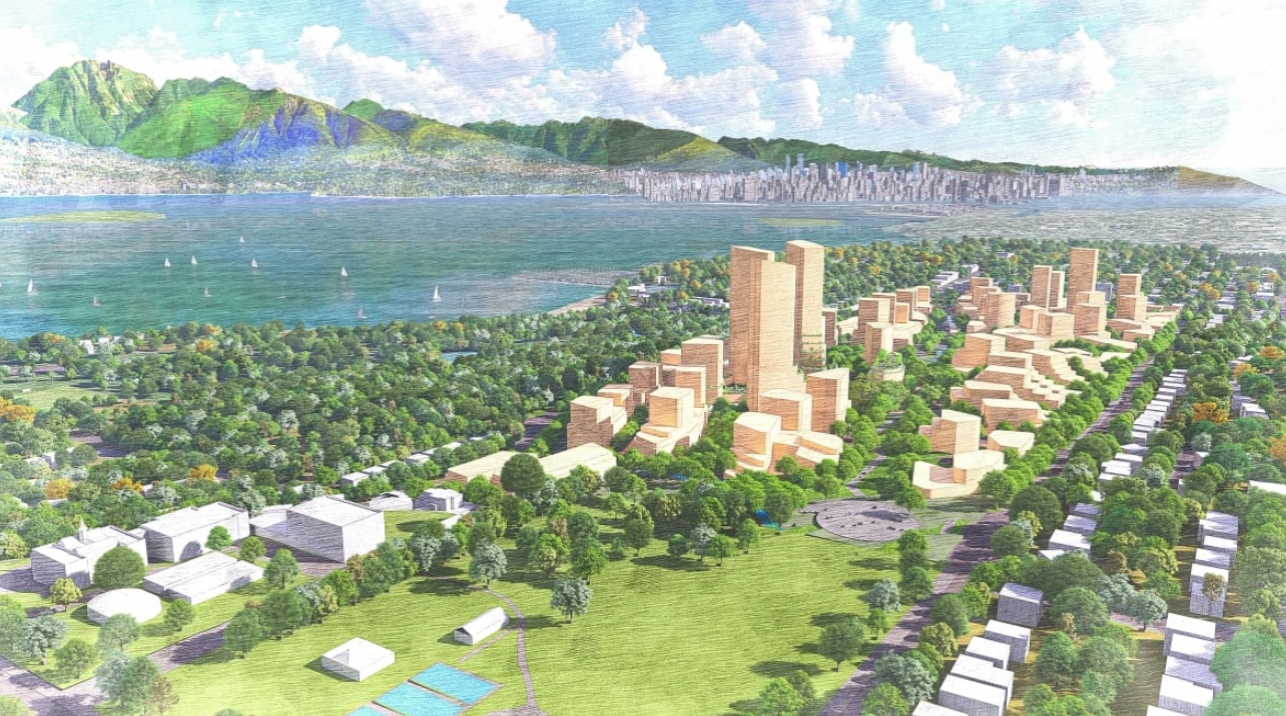 Above is a rendering of what the Jericho lands could look like under one of the two proposals open to comment from residents in Vancouver.
The city of Vancouver is currently asking for public feedback on two concepts for the Jericho lands. Both proposals would house approximately 15,000 to 18,000 people on a 10 million SQFT development. surrounded by West Fourth Avenue, Highbury Street, West Eighth Avenue and Discovery Street.
With these proposals, the area's population would increase more than two-fold.
Currently, the population of the Jericho Lands is around 13,000 people on 90 acres. Home to a former garrison, several dozen homes leased to military families and to a private school.
One of the key differences between the two different plans is that one features a diagonal walkway through the neighbourhood with a central gathering space in the middle, while the other is focused more on north and south connectors and smaller community gathering points across the site.
However, the plans also have many similarities. They both propose dozens of buildings ranging from two to 32 storeys, three tall towers, a mix of community centres, parkland, and wilderness space. Along with the potential for a SkyTrain station if the Millennium Line is extended to the University of British Columbia. The exact mix of housing options, size and location of buildings is yet to be determined in either plan.
City staff said examples also include the following:
- 20 acres of new parkland
- wilderness space on the site
- water features on the north end that integrate with Jericho Beach
- longhouses
- public space in the middle of the site. 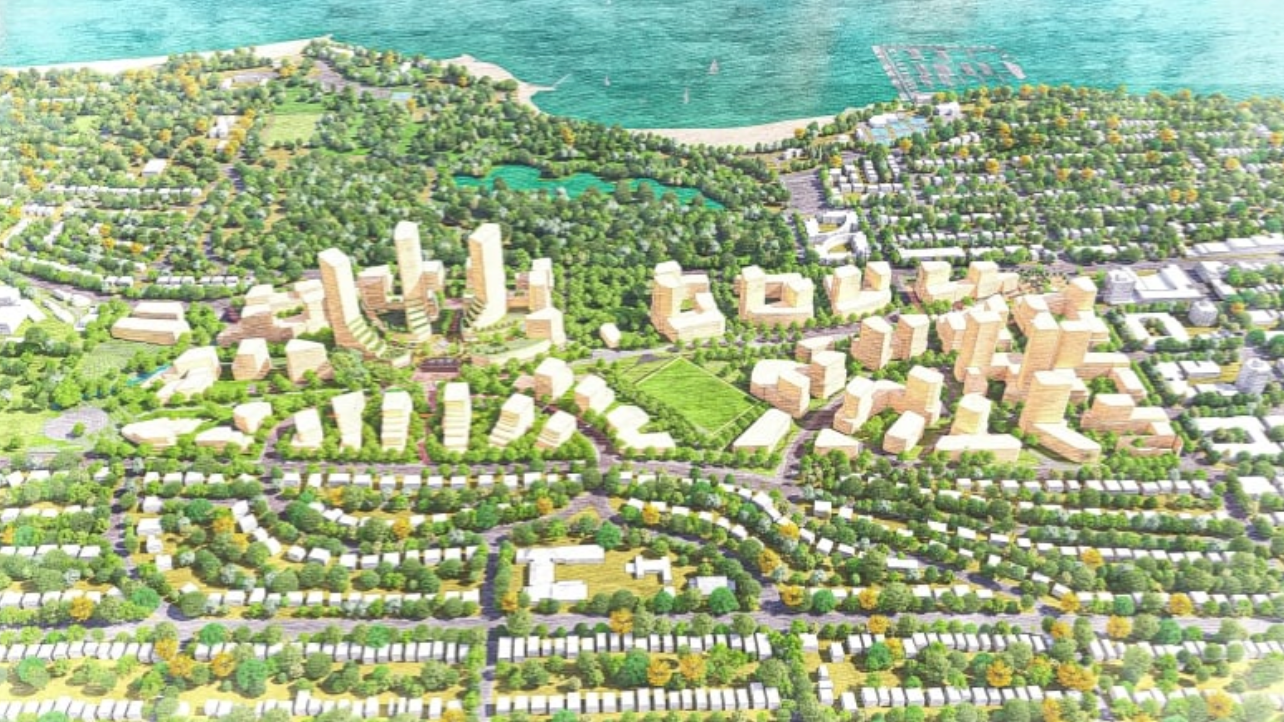 Above is a photo of one of the two proposals for the Jericho lands.
The city of Vancouver will be asking for feedback over the next month, with a potential council vote on a long-term direction for the land taking place next year, although future votes for rezoning would also be required.
If this plan is approved construction could begin in 2025.
Owned by three First Nations, federal government
The future of the Jericho Lands has long been debated, but work on the current proposal only began after 2016, when the Musqueam, Squamish and Tsleil-Waututh First Nations purchased half of the site for $480 million. Two years earlier, they partnered with the Canada Lands Company, a federal Crown corporation, to purchase the other half the site for $237 million.
The land is also being developed by the CLC and MST Development, the real estate company established to oversee properties jointly owned by the three First Nations.
If you would like to learn more about the future plans of Jericho Lands, or if you are thinking about buying or selling your properties, please contact Matt Gul, who is a top luxury real estate agent situated in West Vancouver, who can help you with all of your needs. To contact Matt Gul please call him at 778.888.8888 or email him at matt@mattgul.com
Source: https://www.cbc.ca/news/canada/british-columbia/jericho-lands-vancouver-proposal-mst-canada-lands-1.6215923