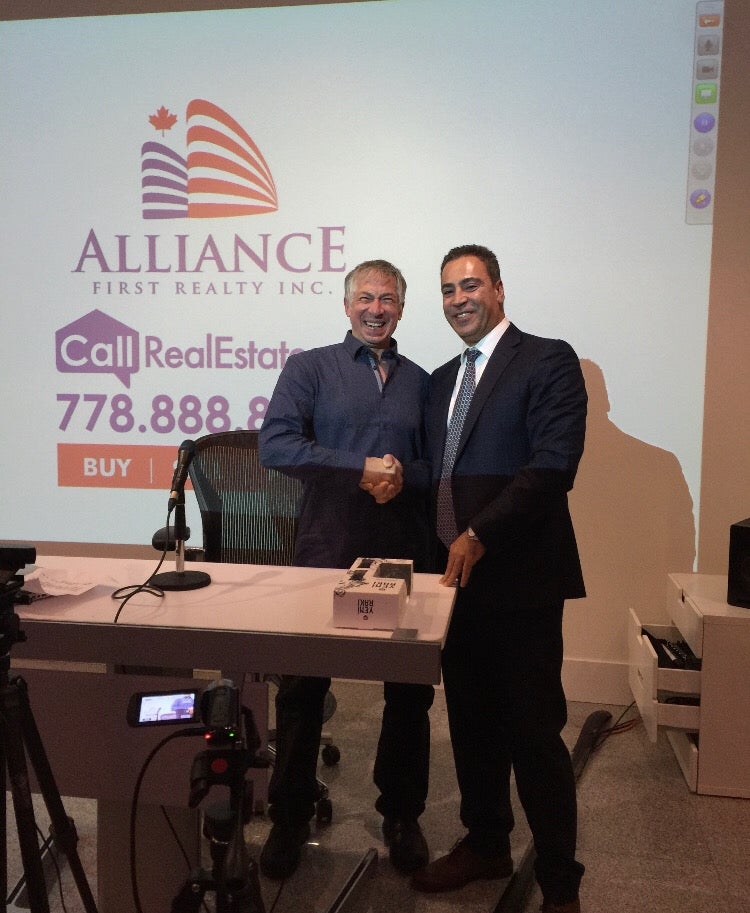 Above is a picture of Matt Gul, and Richard Kurland located at Matt Gul's private real estate office, during a Kurland's seminar.
Canada and Australia have pursued completely different immigration plans in recent years—a trend which has continued during the coronavirus crisis.
Many people who are in the business of immigration are well aware that immigration is a very impacting part of a countries economy.
Canada and Australia are two great countries that are both definitely reliant on their permanent residents who come from other countries, along with temporary visa holders.
A great section of economic benefits of immigration in the two countries are international students, in Canada, they contribute around $22 billion annually to the Canadian economy, this includes them having 170,000 jobs. Along with Australia, where they contribute $39 billion annually to the Australian economy and support 240,000 jobs.
Around 22 per cent of Canada's 38 million population are immigrants, while in Australia, 30 per cent of their 25.5 million citizens are immigrants.
Despite both being great countries for immigrants, and promoting that lifestyle much better than many countries in the world, they have both continued on completely different immigration paths in recent years, and they still continue to be quite different despite the COVID-19 pandemic.
Since the 1980s Canada has had a steady growth in their immigration, and as probably every single Canadian citizen knows, they have been raising the bar quite a lot recently, Canada has raised their targetted arrival to 340,00 permanent residents in 2020, this is 0.9 per cent of Canada's population. Canada is targetting 58 per cent of their immigrants to arrive under the economic class, 27 per cent under the family class, and the remaining 15 per cent for refugees and other humanitarian grounds.
Australia quite similarly, begun raising their immigration in the late '90s, however, they have also shifted their course in the past couple years, unlike Canada, Australia has announced that they are reducing their annual permanent resident target by 30,000, this brings their annual immigrant to take to 160,000. Under Australia’s current plan, 70 per cent of immigrants will arrive under the economic class and 30 per cent will be under the family class.
COVID-19 is changing things all over the world, it is making life much more difficult globally, and is being felt by everyone. Of course, COVID-19 also affects the immigration systems, however this is not stopping Canada, Canada is still attempting to try to come as close as possible to reach their goal for 2020 that were outlined in the countries immigration levels plan.
In April, Canada issued 11,700 invitations to apply for permanent residents under Canada's federal Express Entry application management system, this is compared to a total of 7,800 in March, and 8,000 in February. This shows that despite COVID-19, Canada is still going forward with their immigration plans, if COVID-19 was negatively affecting the immigration system these numbers in April would obviously be lower than March let alone February, but in fact its quite the opposite.
However, on the other side of the world, Australia has received a massive decline in economic class invitations, due to COVID-19.
In April, Australia issued a total of 100 invitations under its SkillSelect expression of interest system, this is compared to 2,050 in March, and 1,500 in February. This is a massive drop, and it is definitely due to COVID-19. Although immigration was improving in March, it took a massive downfall in April in Australia.
Now you may be wondering, why do the two countries need such an intensive immigration program?
The median age in Canada is 41, while in Australia it is 38. Along with this, the two countries' birth rates are also below what they have to be in order to replace their populations, with 1.5 in Canada and 1.7 in Australia. You would typically want 2.1.
Now here is a retrospect of how the two countries' populations grew from 2018-19.
Canada's population grew by 1.4 per cent, which is 531,000 people, compared to Australia growing 1.5 percent with 371,000 people. In Canada 82 per cent of the population growth was due to immigration, and the remaining 18 per cent was from natural increase, which is babies being born, and of course the deaths of citizens decreasing the number. In Australia, 62.5 per cent of the population growth came through immigration, and the remaining 37.5 per cent was from natural increase.
Now another huge question is how will Canada and Australia be like post-COVID-19?
In Australia, few political leaders are already starting to call for even more cuts to the country's immigration levels due to COVID-19. As an example, Senator Kristina Keneally has recently argued that if the country counties to maintain the same levels of immigration this will hurt Australian workers.
However in Canada, there have been very few political discussions to date on the country's immigration policies post-pandemic, however, Canada's immigration minister has recently suggested that the federal government is continuing to welcome immigrants in order to help Canada's economic recovery.
However, COVID-19 can be very unpredictable, making it extremely difficult to imagine what Canada and Australia's futures will look like ahead of us. (In the immigration system), However, due to Canada's decision to invite more Express Entry immigration candidates last month is quite frankly showing people over the world that they are attempting to maintain high levels of immigration to support the country's economy.
Matt Gul also has strong ties with the immigration association IMEDA (Immigration Education Alliance). He sponsored IMEDA for many years and IMEDA.ca used Matt’s offices for their educational seminars and webinars for all immigration consultants nationwide. at relation has created a great foundation to access the business immigrant network.
If you would like to learn more about the future of Canada's and Australia's immigration, and how they are reacting to the COVID-19 pandemic, or if you are thinking about buying or selling your properties, please contact Matt Gul, who is a top luxury real estate agent situated in West Vancouver, who can help you with all of your needs. To contact Matt Gul please call him at 778.888.8888 or email him at matt@mattgul.com
Source: https://www.cicnews.com/2020/05/canada-increases-immigration-australias-intake-declines-0514315.html#gs.5nio6e
Summarized by: Onur Gul on Instagram at @onurgulfilm