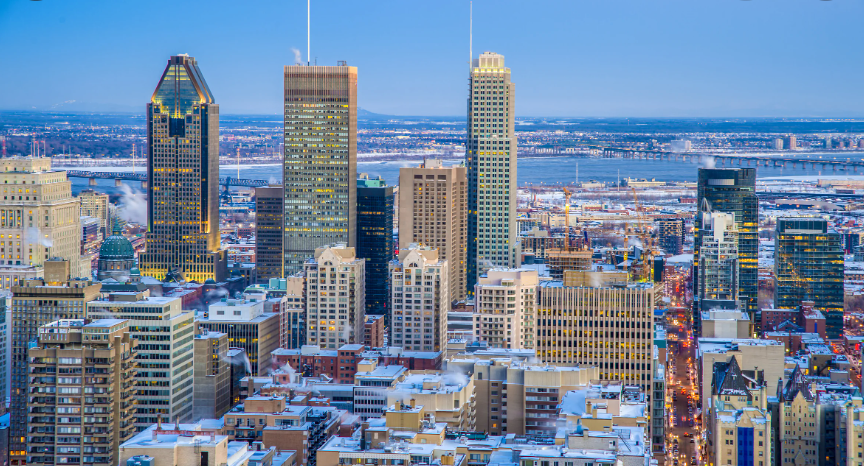 MONTREAL ― There is little agreement these days among the prognosticators as to what exactly is headed for Canada’s housing market in the wake of the COVID-19 pandemic.
Although several recent forecasts predict rising house prices this year, despite the massive global job losses and a shrinking global economy.
However, an economist at the United Kingdom-based Capital Economics claims that Canada's houses are doomed for price falls, and will continue to stay down "for years" as the country should expect a decline in immigration levels.
“Demand for housing has become extremely reliant on immigration,” Stephen Brown wrote in a client note this week.
Brown has the prediction that house prices in Canada will be dropping around 5 per cent during this crisis, and with the lower immigration levels in the years to come, both prices and sales will stay below their prices previous to COVID-19 for a long period.
Brown noted that “immigration has slumped following four of the past five recessions, as higher unemployment reduced the incentive to move.”
However, this prediction still has a chance of not being true. If Canada were to do relatively better than the rest of the globe, the housing prices will actually not change as much.
If this was to come true then it could end up being very similar to the financial crisis of 2008-09, when Canada was relatively less affected than most countries globally, where immigration rates rose due to this.
However, if the immigration was to fall, the market that would be hit the hardest would be the housing market, according to Brown.
If immigration does fall, the housing market will be the hardest-hit part of the economy, he said.
“Investors have based their (house or condo) purchases on the assumption that immigration will keep rents growing strongly. That will be a questionable assumption even if restrictions on travel are soon lifted.”
Current-time data from rental listing sites
Real-time data from rental listings sites suggests that Toronto rents have already fallen 3 to 5 per cent since the crisis began, which is “pretty big for a month,” Brown said.
Currently, Canada has closed its borders to non-residents, discluding essential workers, who consistently migrate. However, the United States had suspended immigration during the crisis, Canada is continuing to process applications.
For the past decades, Canada had a steady population growth that was split roughly into even parts, from natural growth which was births inside the country, and immigration. However in recent years, with the birth rates declining and immigration rising, more than 80 per cent of Canada's population growth has come for new arrivals
Nevertheless, other things will also be happening with the housing market this year, including a "record amount of supply to hit the market." according to Brown.
Despite all these things working against the market,
Yet despite all these things working against the market, Brown doesn’t expect the sort of major price corrections Canada has seen in some previous downturns.
That’s partly because the job losses have hit people at the lower end of the income ladder, and they tend to be renters, Brown said. But it’s also because of the banks’ new mortgage deferral programs.
“All this will greatly limit the number of forced sales, whether by owner-occupiers or landlords,” he wrote.
Out of everywhere in Canada, Alberta is likely to see the weakest house prices, because of the oil price slump, but because of its high house prices and reliance on immigration, “house prices in British Columbia are the most vulnerable if conditions turn out worse than we expect,” Brown wrote.
If you would like to learn more about the possibilities of COVID-19 affecting the housing markets in Canada, or if you are thinking about buying or selling properties, please contact Matt Gul, who is a top luxury real estate agent situated in West Vancouver, who can help you with all of your needs. To contact Matt Gul please call him at 778.888.8888 or email him at matt@mattgul.com
Source: https://www.huffingtonpost.ca/entry/housing-market-canada_ca_5eac2ed3c5b65156135c8434
The article was summarized by Onur Gul found on Instagram at @onurgulfilm