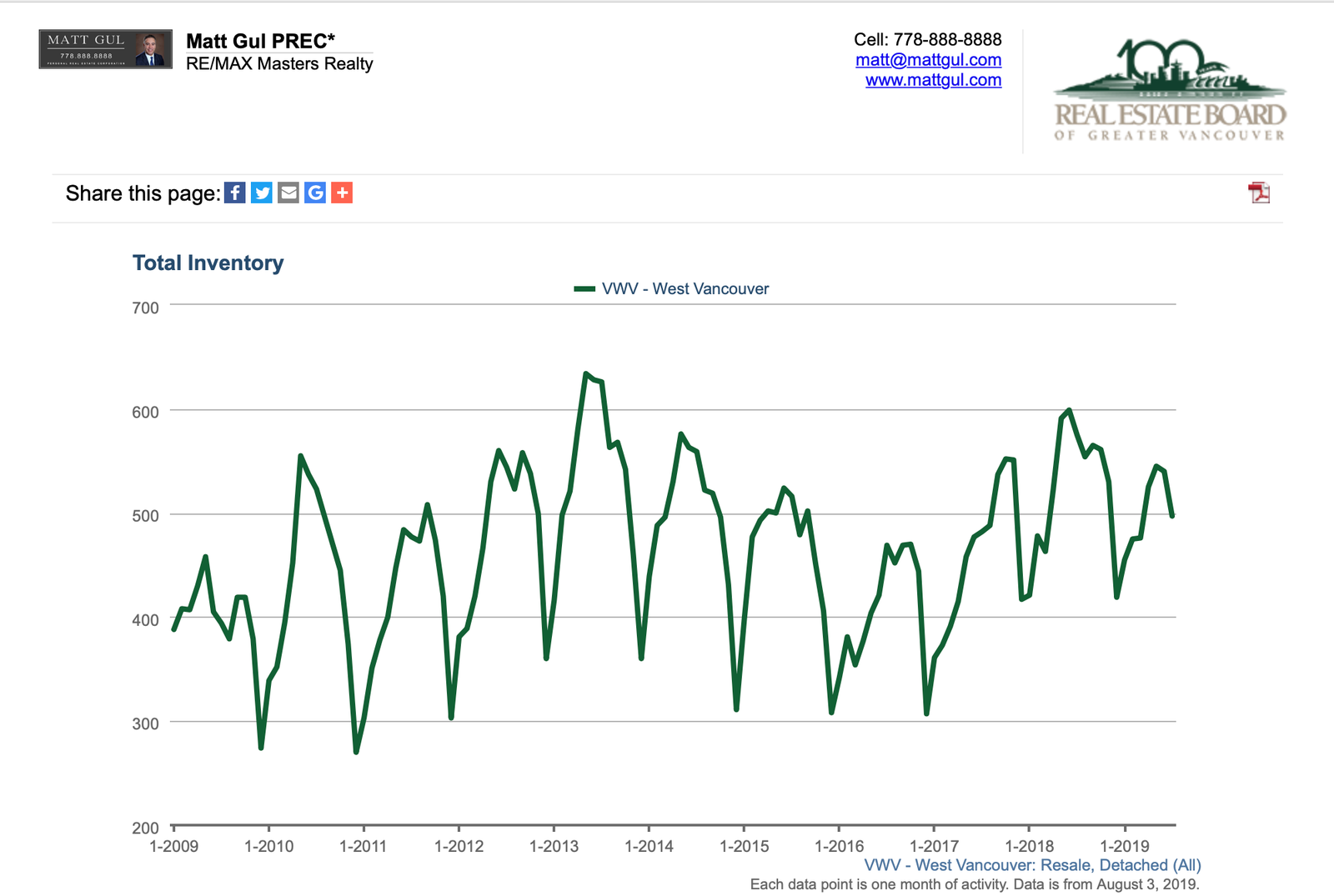 This June sales have been very bad across Greater Vancouver, sales were 34.7 per-cent below the 10-year average for June and also the lowest for months in 19 years, according to The Real Estate Board of Greater Vancouver (REBGV) the home sales were the lowest since the year 2000, as the benchmark price for all homes has just slipped below $1 million for the first time in two years. Also according to the board, 2,077 homes sold in June, this is down 14.4 Per cent year over year and down 21.3 per-cent from May of this year.
The pace of new listings being added to the market has slowed down, with a 10 per-cent drop in new homes that were added to the market from June 2018, said the REBGV.
Although the inventory of homes continued to rise, with just under 15,000 homes listed for sale, this went up 25.3 per-cent from the same month last year and up 1.9 per cent from May 2019, said the REBGV.
When there are less sales happening the prices also drop along with that. In June the benchmark price for all home types was $998,700 in June, this is the lowest it has been since May 2017, according to the REBGV.However, for the detached homes across the region, the benchmark price was at $1,423,500 this is down 10.9 per cent year over year and 9.2 per cent over three years, however it is a slight increase of 0.1 from the previous month of May.And for apartments, the benchmark price was $654,700 in June this is down 8.9 per cent year over year and also down 1.4 percent from the month of May.When we dig deeper into these numbers they show some bigger swings in the pricing.
The benchmark price for an apartment in West Vancouver went down a whopping 18.3 per cent year over year. On Vancouver’s west side, it was down 11.7 per cent, however in Port Moody, it was down 11.4 The benchmark price of a condo was below $500,000 in Ladner, Maple Ridge, Pitt Meadows, Port Coquitlam and Tsawwassen and under $600,000 in East Vancouver, Coquitlam, New Westminster and North Vancouver.
The REBGV said the sluggish market means buyers are seeing the most choice in five years but that sellers continue to hold on, hoping for “yesterday’s value for their homes.”
Let's take a look at how the market is in West Vancouver:
MLS HPI Price
West Vancouver, 10 years
You can very clearly see the boom in between 2016 and 2017, mainly the month of June 2016 and July 2016

Total Inventory
West Vancouver, 10 years
There is a very consistent pattern with the inventory going down during the winter months and rising towards summer

If you would like to learn more about Metro Vancouver’s home sales, or if you are thinking about buying or selling your properties, please contact Matt Gul, who is a top luxury real estate agent situated in West Vancouver, who can help you with all of your needs. To contact Matt Gul please call him at 778.888.8888 or email him at matt@mattgul.com
Source: https://globalnews.ca/news/5456739/vancouver-june-2019-home-prices/
Summarized by: Onur Gul on instagram at @onurguldrone