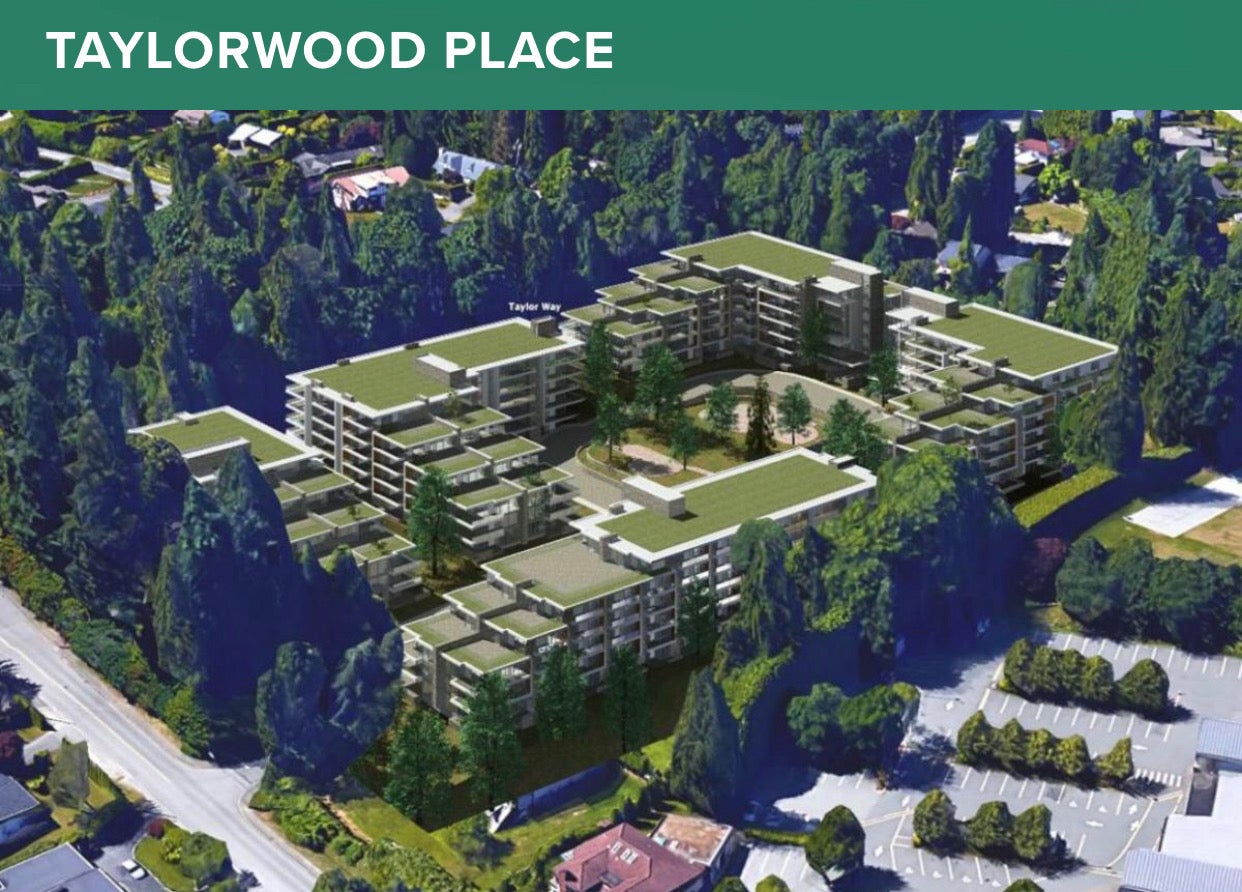 One of the largest rental projects proposed for West Vancouver in decades suffered two major setbacks this week.
This project named the Taylorwood Place project was looking to replace around 20 single-family homes in a residential area near Park Royal with five terraced apartments, with a proposed 156 units of purpose-built market rental and 234 owner units.
But the day before a preliminary development proposal was to head to council, the local architect who submitted it to municipal staff was separated from the project.
The architect — long-time Metro Vancouver planner and developer Michael Geller — declined to have any comments on the proposal, and a representative at the mailing address for Taylorwood Investments LTD., the company behind the project, did not respond to requests for comment by CBC News.
Then on Wednesday, council unanimously rejected approving the preliminary proposal — which would have been subject to public consultation and final approval months down the road — saying the project shouldn't be considered at this time, and with the scope suggested.
A unanimous vote means that every single person on the council agreed or disagreed to the proposal. In this case disagreed.
"I think this project is of a scale, size and impact ... that is simply not suitable," said Craig Cameron.
A similar project was proposed for the land by another developer in 2010, but did not get past the application phase.
Declining population
The project was criticized by West Van Community Stakeholders, a group formed during opposition to the proposed B-Line in the community, primarily because it came before a scheduled local area plan for the community.
West Vancouver Mayor Mary-Ann Booth said the policy allowing council to expedite proposals that provide additional benefit to the community was appropriate, but the Taylorwood Place project didn't clear the needed threshhold.
"To invoke the policy, it definitely has to be the right project ... when I saw this, it wasn't consistent with what I expected."
West Vancouver was the only major municipality in the region that saw its population decline between the 2011 and 2016 census, and in 2018 passed an official community plan that called for 5,000 new housing units by 2041.
Local area plans for individual neighbourhoods still need to be approved, and contentious public hearings are possible.
"We do not need any more single-family housing. They are unaffordable, we are losing population ... we can't attract employees," said Booth.
But she expressed doubt Taylorwood Place would be part of the solution. Meaning that it really was an unfit idea.
"Maybe there's an apartment building in there, and maybe that's rental, and maybe it's even non-market rental. The world is changing so quickly," she said.
"[But] there's not enough creativity, there's not enough respect for the character of the neighbourhood. I hope that feedback is helpful to anyone considering this again in the future."
If you would like to learn more about Taylorwood Place's design project or if you are thinking about buying or selling your properties, please contact Matt Gul, who is a top luxury real estate agent situated in West Vancouver, who can help you with all of your needs. To contact Matt Gul please call him at 778.888.8888 or email him at matt@mattgul.com
Source:https://www.cbc.ca/news/canada/british-columbia/west-van-rentals-apartments-denied-1.5215124
Summarized by: Onur Gul on instagram at @onurguldrone