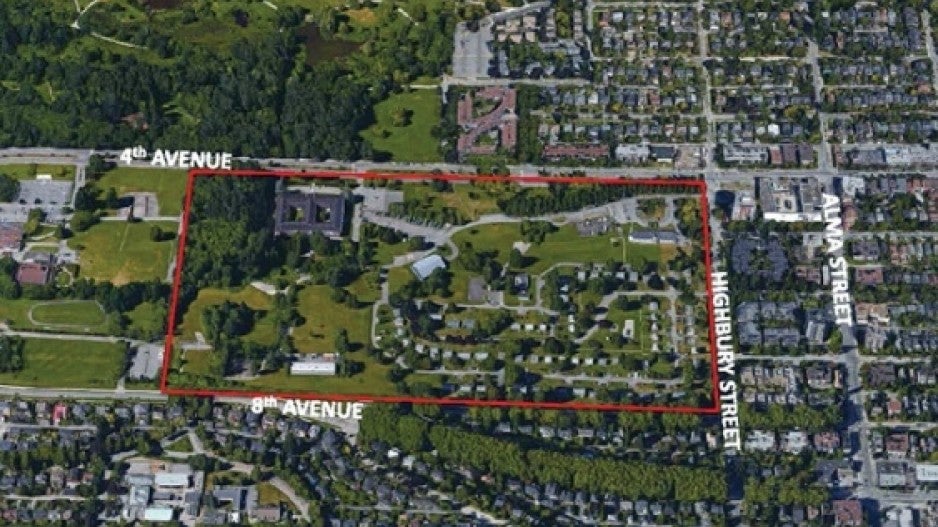 The local Musqueam, Squamish and Tsleil-Waututh First Nations and a federal Crown corporation are leading massive changes to the Jericho lands.
From Jericho Land's historical importance and its amazing location being situated near a beach and an upcoming rapid transit, and the fact that its ancestral inhabitants are developing the project, the City views the Jericho Lands project as a step forward for its goals of reconciliation, densification, transportation growth and housing affordability.
“I think it’s amazing that the three First Nations are working together on economic development,” said Tsleil-Waututh Chief Leah George-Wilson, “and working with the City and the federal government on engaging the greater community to see what kind of development can be done… That’s what reconciliation is all about: bringing all parties together.”
If you did not know already, the Jericho Lands are south of Jericho Beach, this site is bordered by West 4th on the North side, West Broadway and part of West 8th on the south, Discovery Street on the west and Highbury Street on the east.
90 Acres may not seem very big but it is even larger than southeast False Creek which is an 80 acre land and is home to the Olympic Village.
Historically, for a millennia this land was a rich fishing and hunting ground which was supported by two streams that flowed to the beaches and used by the Musqueam, Squamish and Tsleil-Waututh First Nations.
In 1966, there was a dispute about the federal government’s claim on the land. Land was only supposed to be leased to the federal government by the province as long as it was used for a military purpose.
After that dispute, the north end of the site was given to the city for beach use, the west was given to the province, and the east was retained by the Department of National Defence.
Now you are probably wondering how the Musqueam, Squamish and Tsleil-Waututh have come to own this site. In 2014 the three local First Nations through their MST Development Corporation purchased one of two parcels, the one home to the garrison owned by the federal government, with a federal Crown corporation called the Canada Lands Company for $237 million. The two parties collectively own the site 50-50.
Jericho lands are an expensive area, West Point Grey is the city's third most expensive neighbourhood, with an average property fetching $3.8 million, According to the Real Estate Weekly in February. West Point Grey also has a very small neighbourhood population growth, growing 385 people from 2001 to 2016.
The community in the neighbourhood are looking forward to the new changes, “It’s such a vast piece of land. I hope what’s to happen will be something unique that really makes Vancouver shine.” said David Dolphin, a retired chemistry professor at UBC who’s lived in the neighbourhood since 1980.
Dolphin is also a fan of the new transit investment in his neighbourhood, though he is unsure whether SkyTrain or light rail is the better option after he read a certain study commissioned by the city, UBC and Translink that found SkyTrain could cost twice as much as light rail.
Also if you are thinking on buying or selling your properties, or would like to learn more about the Jericho Lands, and its future please contact Matt Gul, who is a top luxury real estate agent situated in West Vancouver, who can help you with all of your needs. To contact Matt Gul please call him at 778.888.8888 or email him at matt@mattgul.com
Source:https://thetyee.ca/News/2019/05/29/Vancouver-Jericho-Lands-West-Side-Development/
Summarized by: Onur Gul on instagram at @onurguldrone